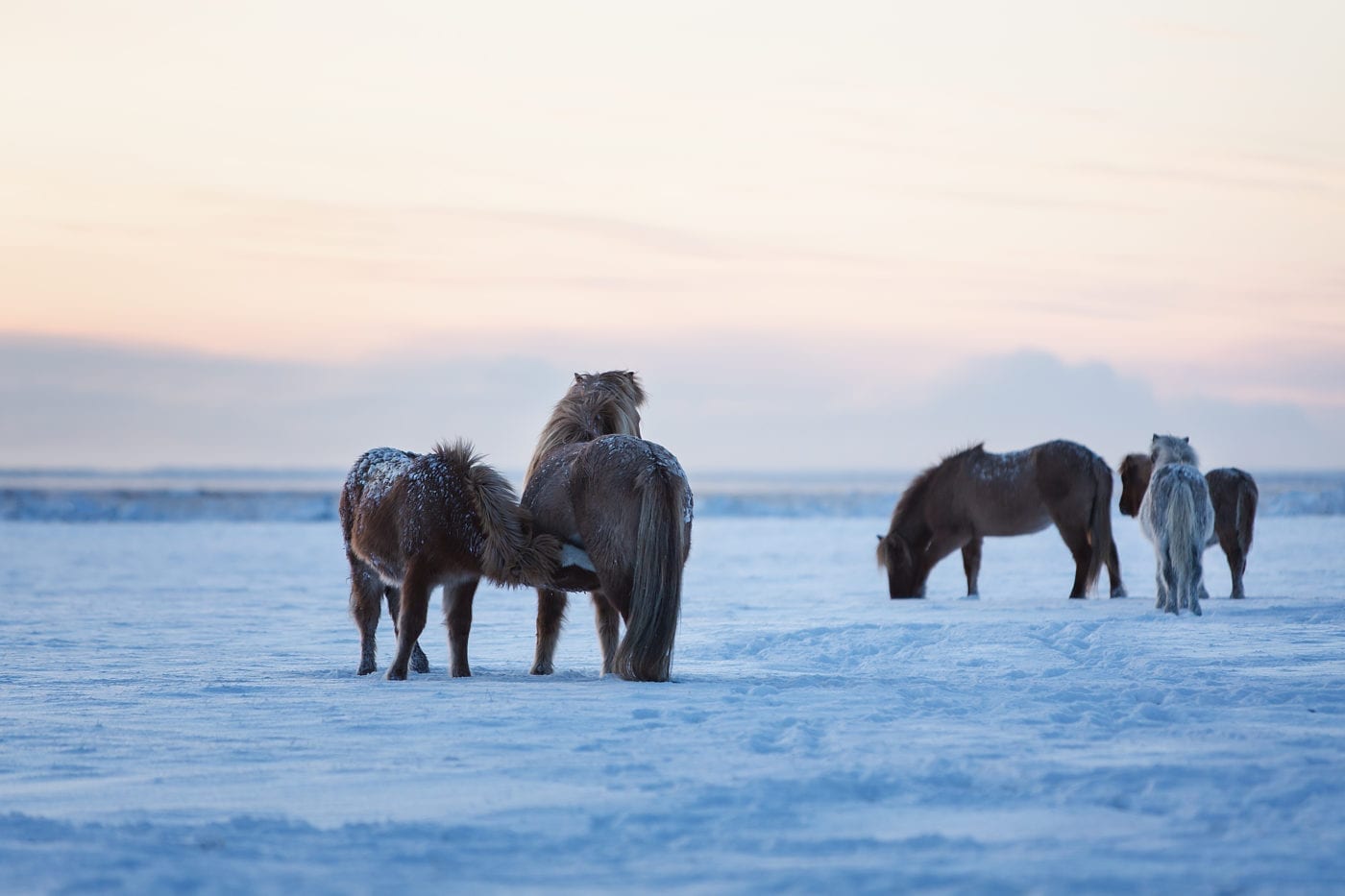 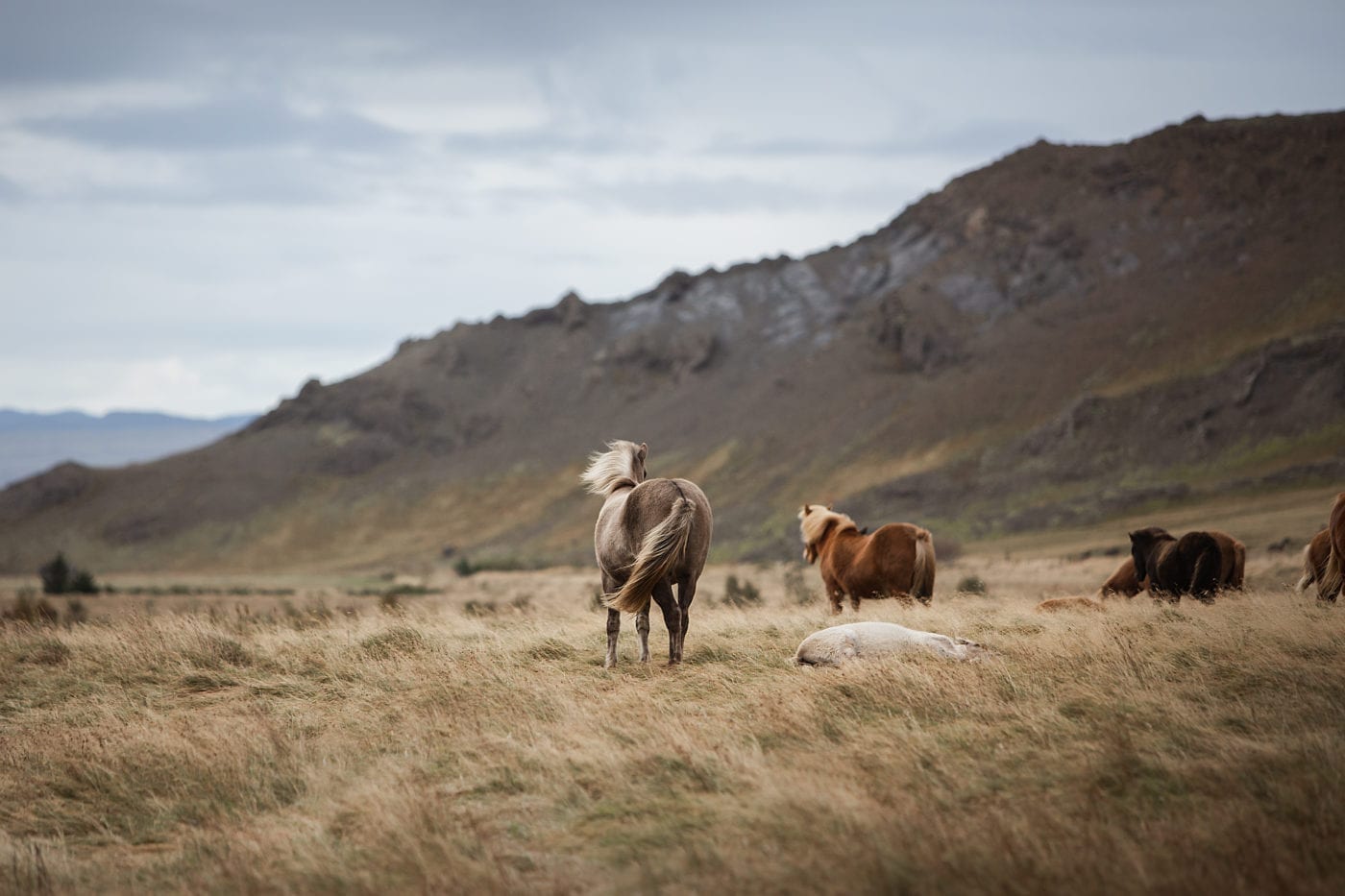 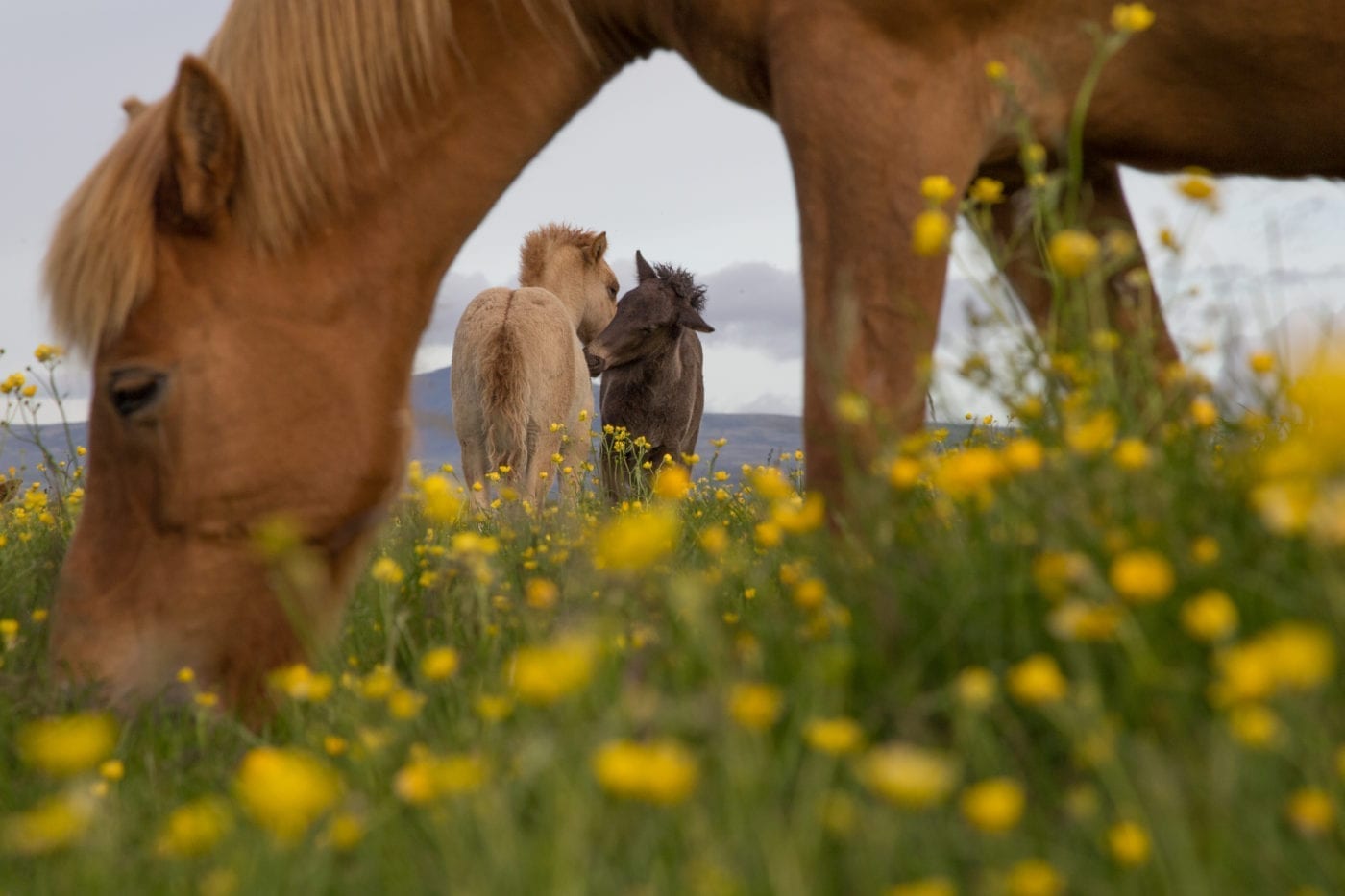 Kjarr has been breeding horses since 1981 when Helgi Eggertsson and Helga Ragna Pálsdóttir started living there. Helgi and Helga had both been involved with horses since their childhoods.

Helgi with a newborn foal. 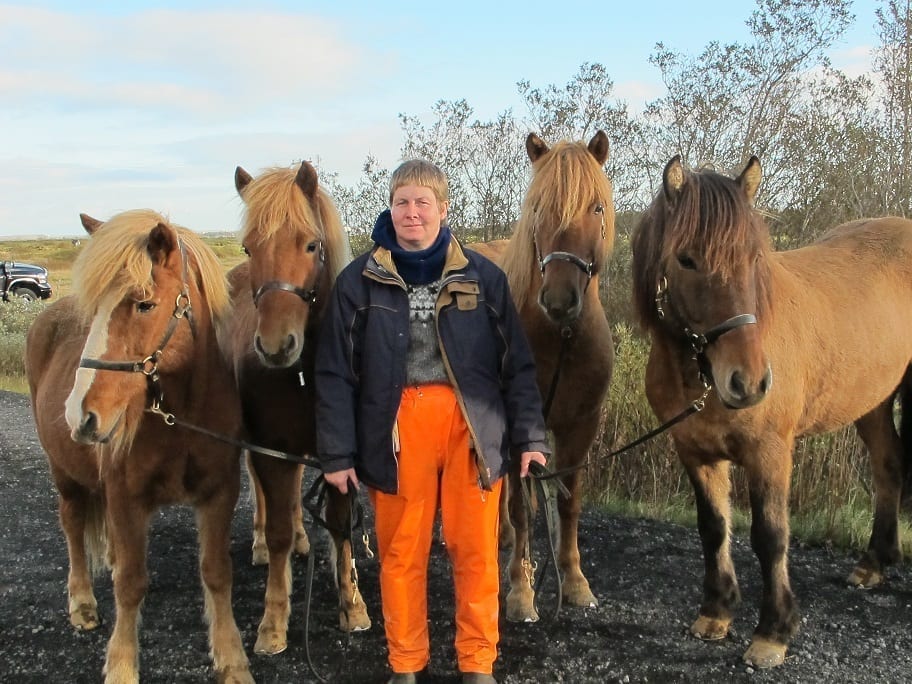 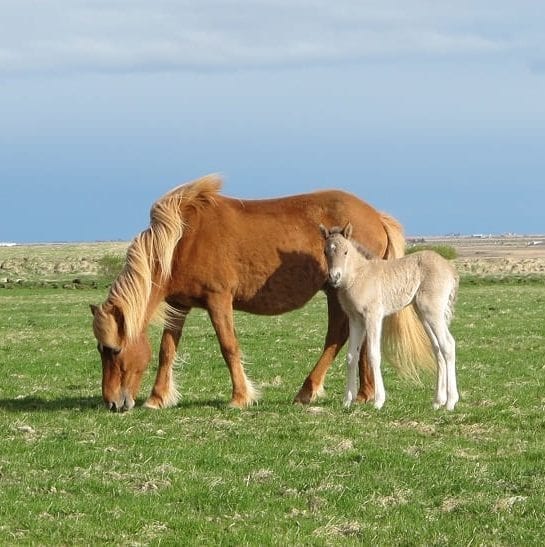 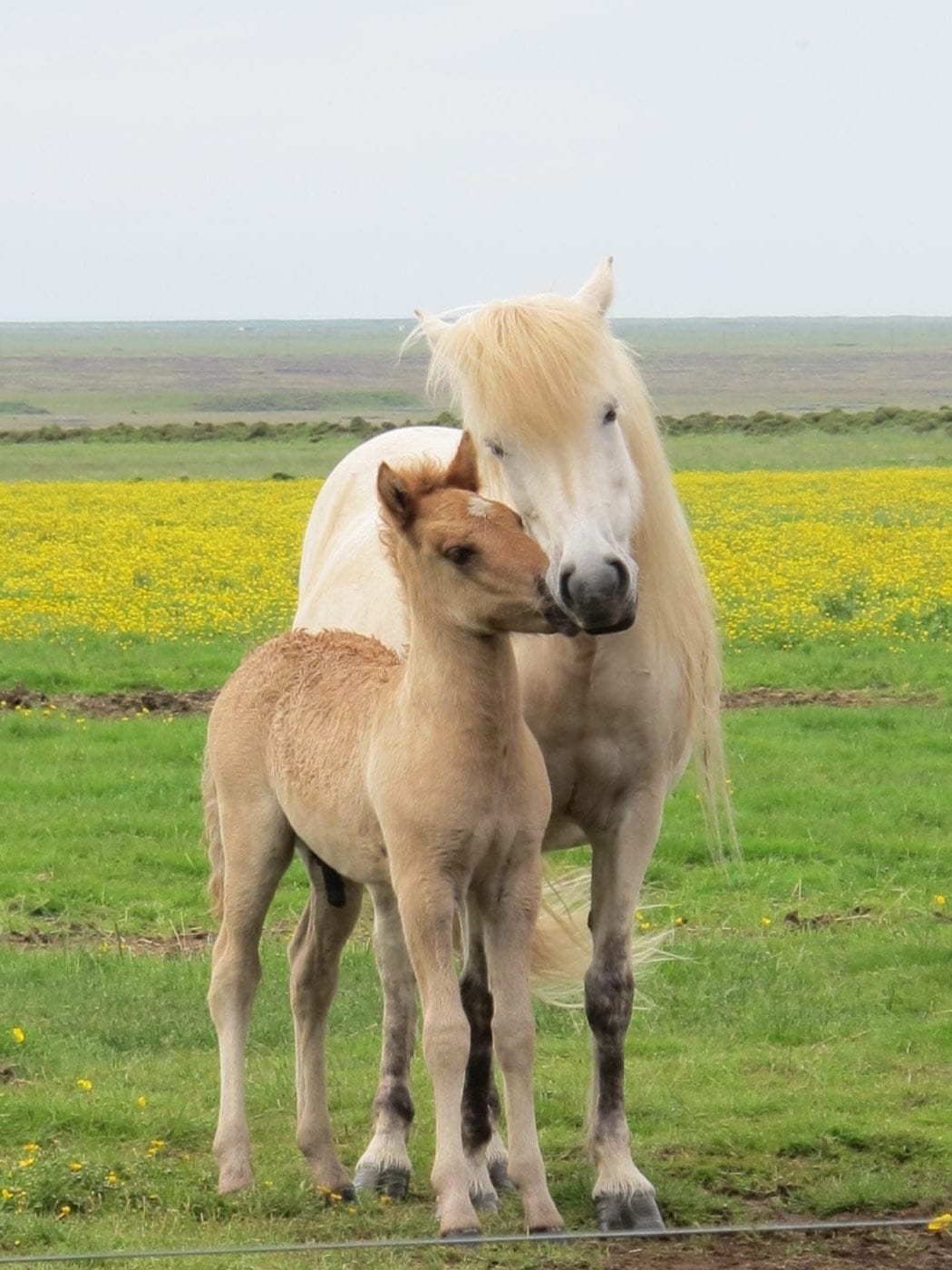 In Kjarr, there are about 10 foals born each year. Most of them are trained and shown by us, but some of them are sold at a young age. Our goal is to breed five gaited horses with good temprament and a positive character.

We have been lucky to breed many good horses. By fall of 2019, more than forty horses received first prize and two received Honor Prize, Stáli and Stjarna. 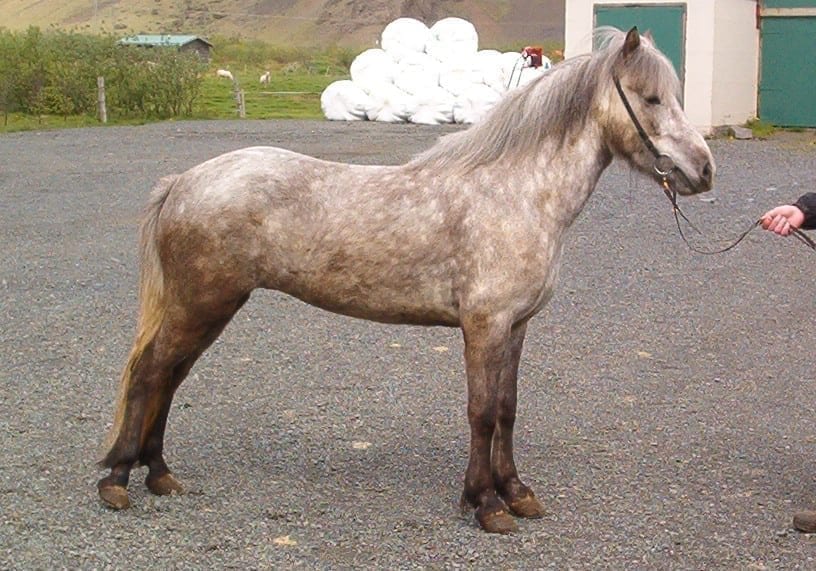 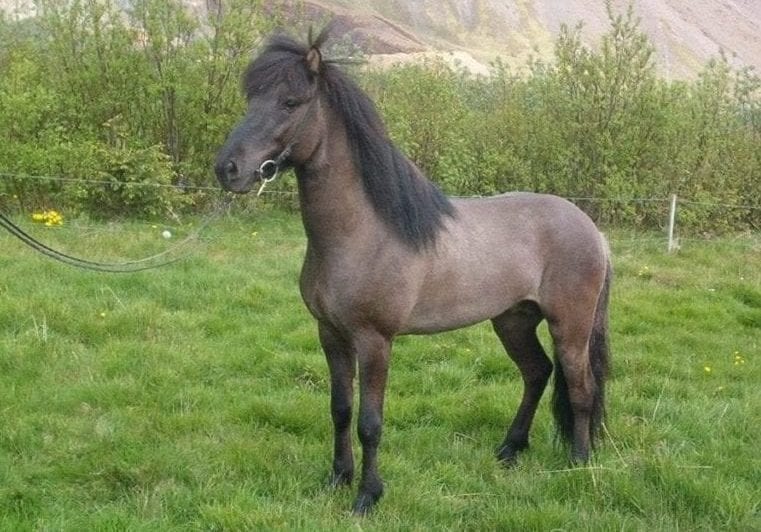 In the last few years, there has been a generation switch within the breeding mares. The older mares are passing on, and the younger mares who are replacing them are mostly sired by Stáli.

Each member of the Kjarr family has been involved with the horses. The three children of Helga and Helgi, Páll, Ragna, and Eggert, have all ridden and competed since they were young. Páll and Ragna moved away when they became adults, but Eggert is now one of the trainers at  Kjarr, together with his girlfriend Larissa Silja Werner. They both graduated from Hólar University with a BS in horse training and teaching.

Eggert holding Stúfur when he was just a few hours old 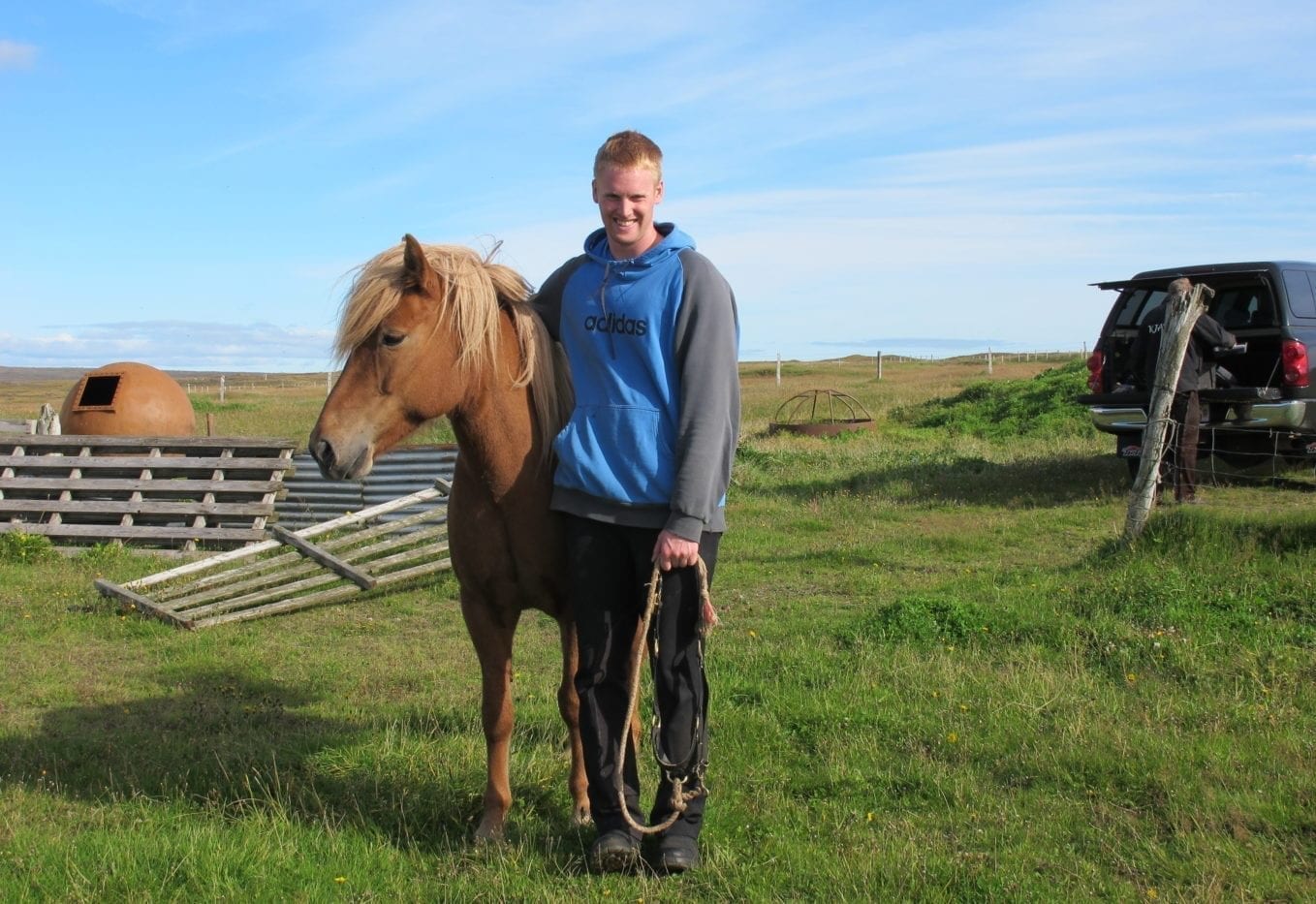 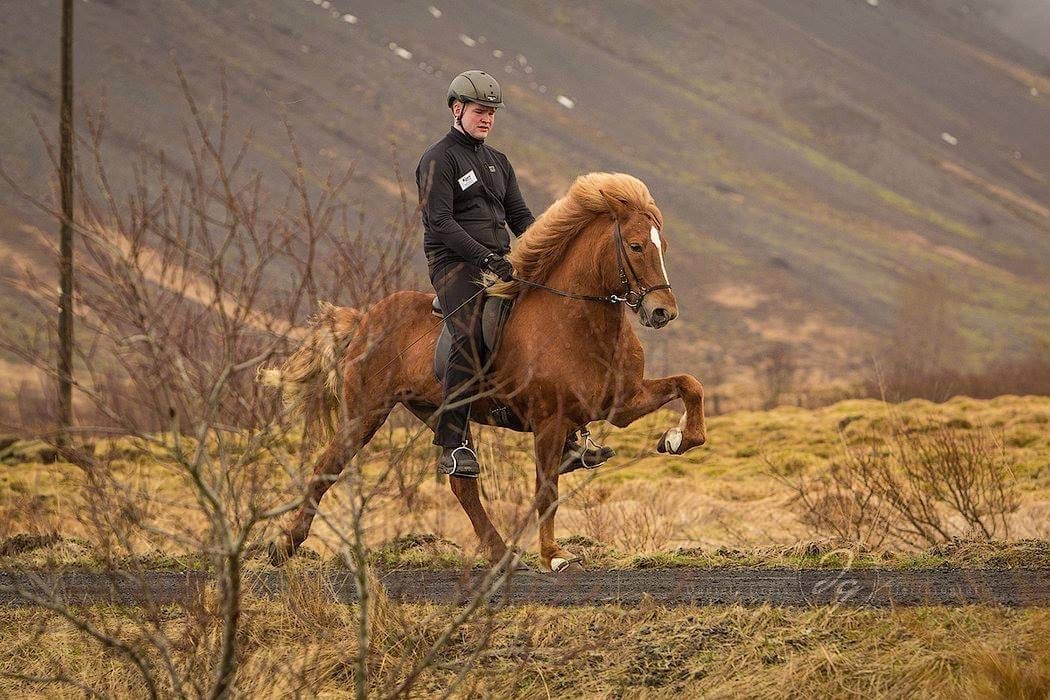 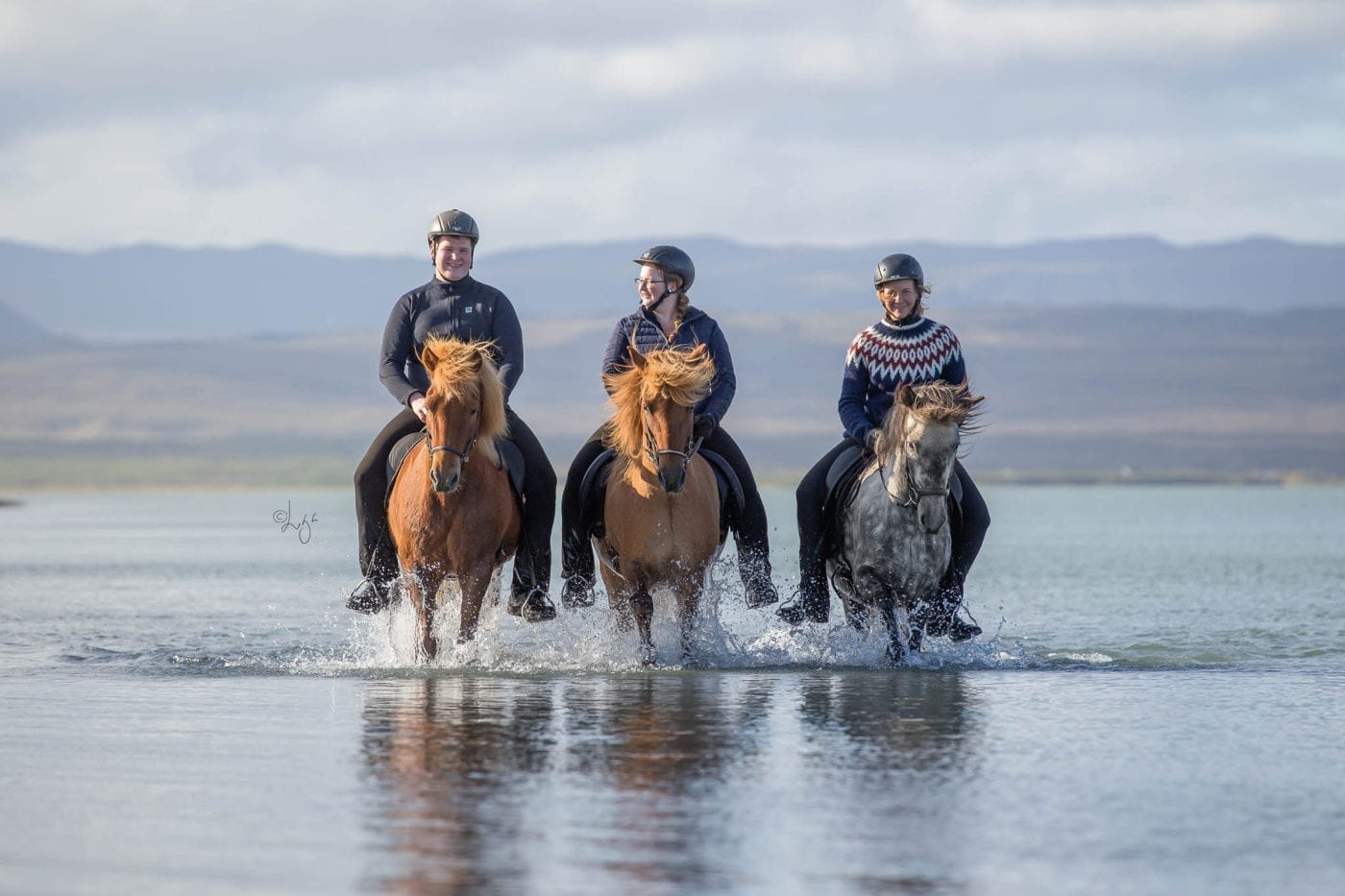 Eggert, Ragna and Larissa riding on the beach 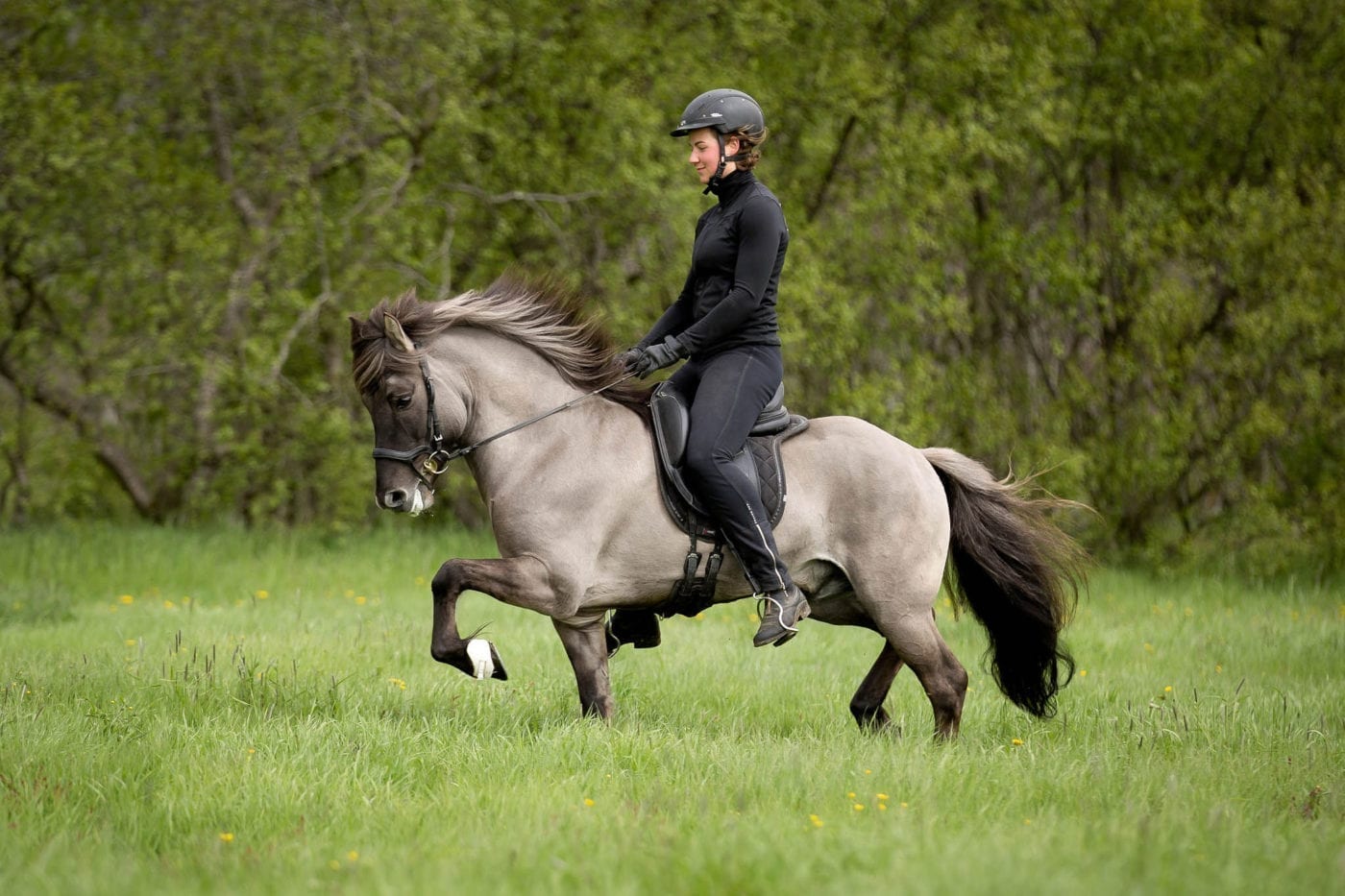