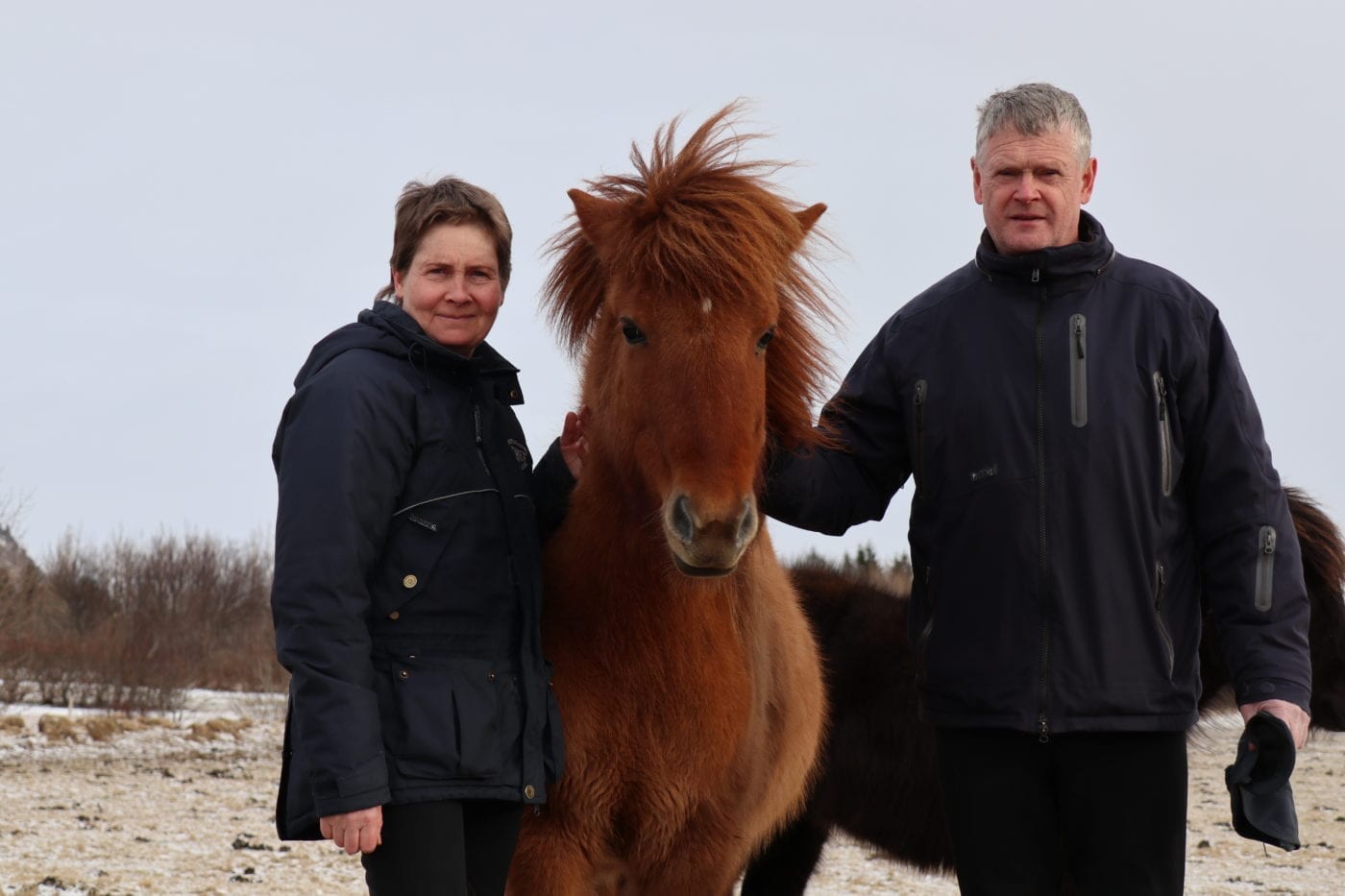 Helgi and Helga moved to Kjarr in the spring of 1981 when they started their tree nursery and horse farm. Helga oversees the gardening and trees, and Helgi oversees the training and breeding of horses. Horses have been apart of both of their lives since they were children.

Helgi Eggertsson was born and raised in Selfoss. At a young age, he found his way to the stables in Selfoss. At age 13, he bought his first horse, Stúfur, with his conformation money. There was no turning back after that. He finished his B.S. in agriculture from Hvanneyri in the spring of 1981 and has been at Kjarr ever since. Along with his horse farm, he worked for a few years as a consultant at Búnaðarsambandi Súðarlands, the agricultural institute of south Iceland, as well as a judge for breeding shows. Helgi was the manager of the stallion farm in Gunnarsholt from 1986-1987. In 1989, Helgi´s primary focus switched to running his own horse training and breeding farm, and hired his first assistant. Helgi has trained and shown countless horses throughout the years. 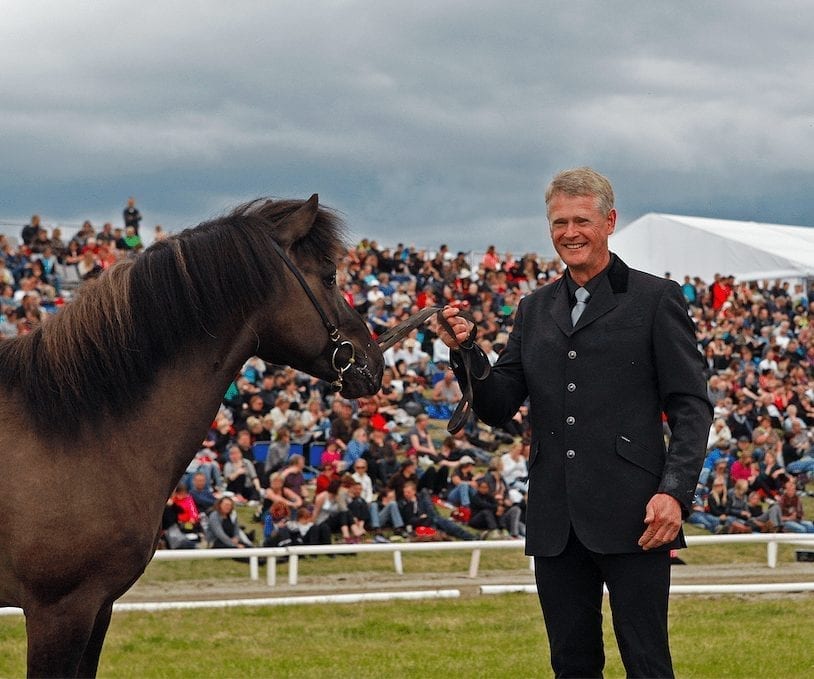 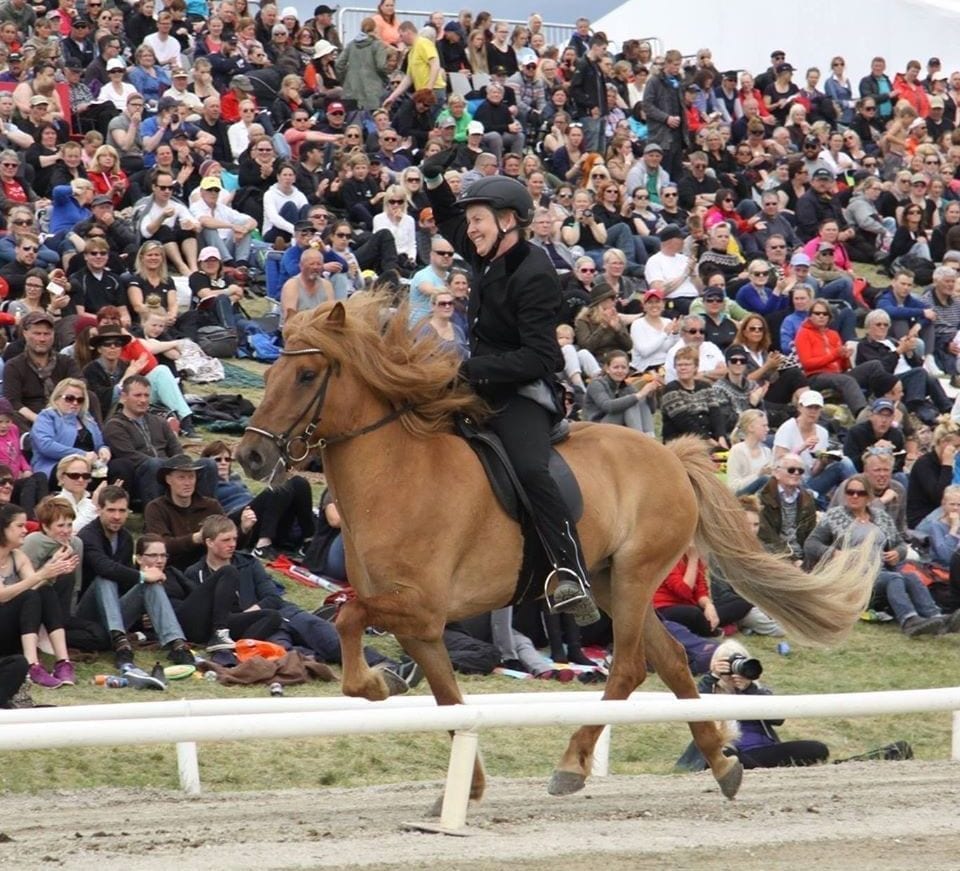 Helga Ragna Pálsdóttir grew up in Kröggólfsstaðir in Ölfus. Her parents practiced horseback riding and horsemanship, and she grew up knowing that horsemanship was a natural part of life. Helga has always pursued horsemanship for pleasure and delight. She is a horticulture specialist and oversees the tree nursery at Kjarr.

Eggert Helgason works as a horse trainer at Kjarr. He is the youngest son of Helgi and Helga. He has always been actively involved in the farm work at Kjarr. While he was growing up, he participated in all things related to horse riding. Eggert attended Hólar University and graduated with a B.S. in equestrian and riding instruction the spring of 2018. 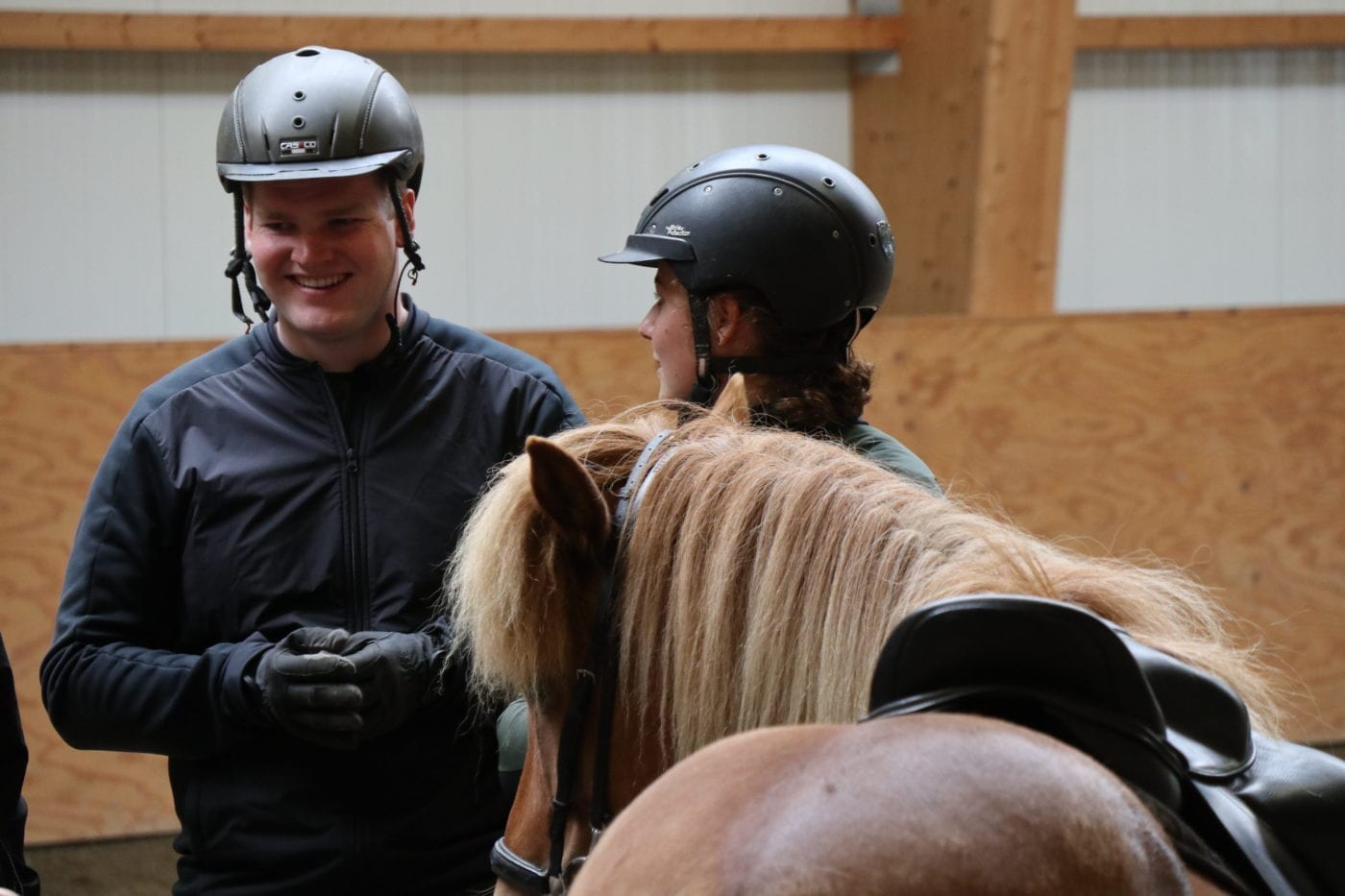 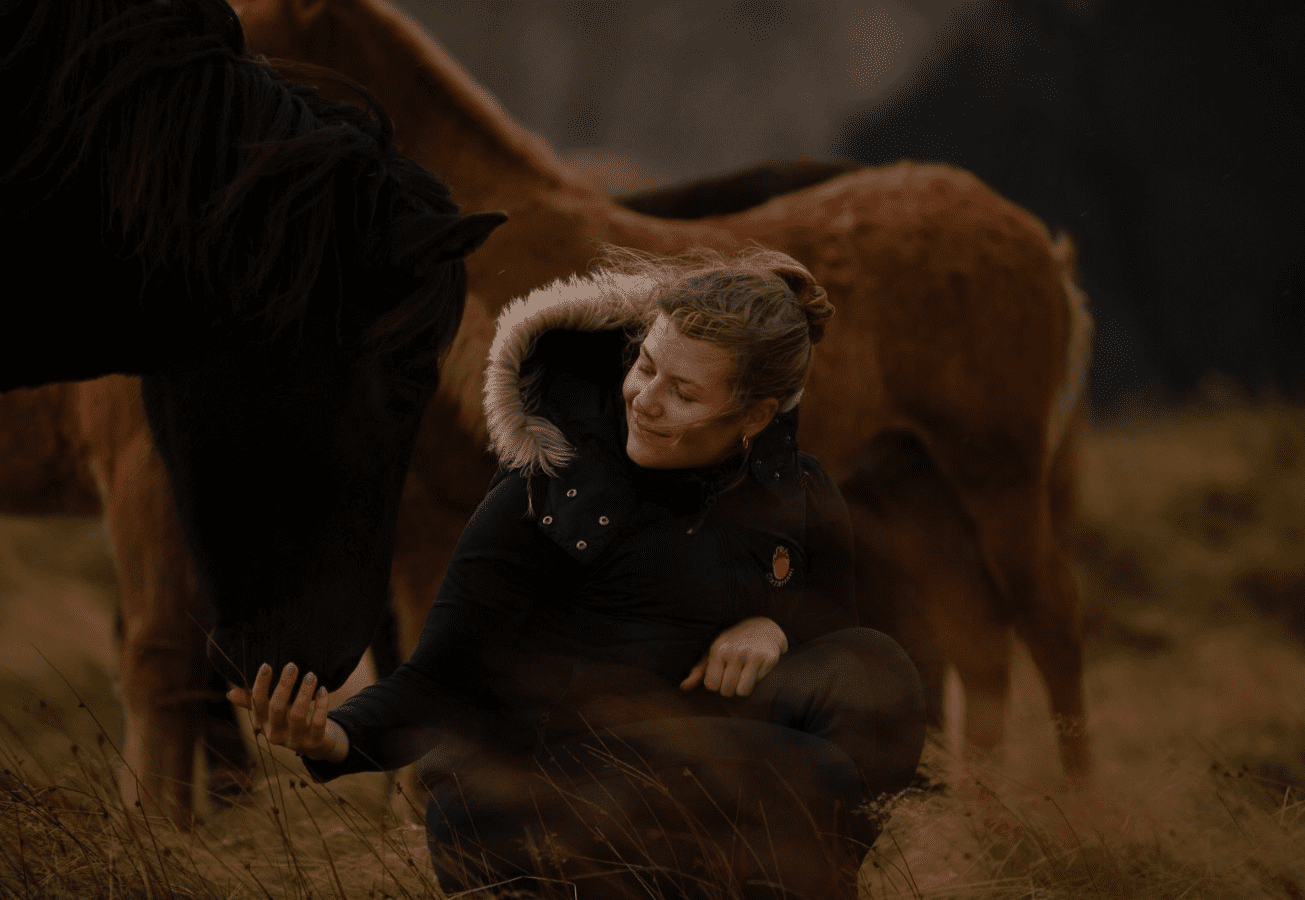 Larissa Silja Werner works as a horse trainer at Kjarr. She was born and raised in Germany. For as long as she can remember, riding horses has been the only thing on her mind. When she was nine years old, her parents finally relinquished to her passion, and Larissa was gifted riding lessons for her Christmas present. Her interest in horses continued to grow. She was introduced to the Icelandic horse 15 years old, and she decided to move to Iceland in January of 2014 to pursue her dream. She worked as a horse trainer for some time before attending Hólar University. Larissa graduated with a B.S. degree in equestrian and riding instruction in the spring of 2019.